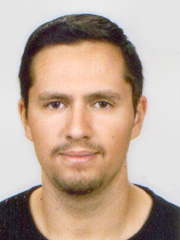 Firma en Digital.CSIC (*)
Polo-Sánchez, A.
Centro o Instituto
CSIC - Geociencias Barcelona (Geo3Bcn)
Especialización
I have become involved in the world of science since high-school, where I participated in several expo-sciences organised between different high-schools of Spain as an active member. During high-school, I started to become interested in Geology and after obtaining my Baccalaureate in Sciences, I decided to study a four year bachelor degree in Geology at the University of Salamanca, which I have ended on 2018 as first of promotion. On 2018, I have also applied to the first edition of the European Federation of Geologists (EFG) Mentoring Programme. During this programme, I have been and still be cooperating with my mentor (Christian Schaffalitzky) in several projects related to the Geoscience and Society and Mineral exploration. I am specially interested in the world of volcanology, therefore I decided to studied a masters degree in this discipline at Université Clermont-Auvergne (Clermont-Ferrand, France) which I had finished on 2020. Currently, I am on an internship in the Spanish National Research Council (CSIC) for five months in order to get more experience before starting a PhD, it is related to tephrochronology in polar zones (https://geo3bcn.csic.es/index.php/about-ictja/jobs/open-positions/fellowships-internships/1467-tefrocronologia-aplicada-al-estudio-del-impacto-de-la-actividad-volcanica-en-zonas-polares) Apart from Geology, I love learning foreign languages, my mother tongue is Spanish and I have focused specially in English and French. My strengths are punctuality, attention to detail, open mind, persistence, ethic criteria, as well as the ability of working on my own.
Email
apolo@geo3bcn.csic.es
ORCID
0000-0001-6945-3487
Perfil en Google Scholar
My Google Scholar Citations
Página web
Mi página en web Geo3Bcn
Otros - ResearchGate
ResearchGate
Otros identificadores (con url)
Linkedin
CV