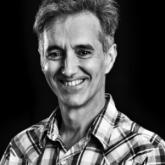 Firma en Digital.CSIC (*)
Martínez-García, Jaime F.
Centro o Instituto
CSIC - Instituto de Biologia Molecular y Celular de Plantas Primo Yufera (IBMCP)
Especialización
From the different light-regulated plant development responses, my laboratory works to understand how plants respond to vegetation proximity, a type of plant-plant communication. In Arabidopsis thaliana, a sun-loving plant that avoids vegetation proximity and shade, perception of neighboring vegetation results in the activation of a set of responses known as the shade avoidance syndrome (SAS). The most obvious SAS response is the induction of the elongation of seedlings. After identifying several SAS regulatory components, we established that they are organized in complex transcriptional regulatory networks in which the levels of several components are rapidly altered after plant proximity perception. This networks are formed by a broad range of transcription factors and cofactors, as well as specific components of the nuclear pore complex. We have expanded our research to other plant species closely related to A. thaliana that tolerate (instead of avoid) plant shade, as is the case of Cardamine hirsuta, a species susceptible to be used in genetic approaches. Our comparative genetic analyses between both kind of species has helped us to unravel how nature implements adaptation to plant shade and high planting density. Ultimately, our work will help to better understad how plants communicate to each other, a knowledege that will contribute to make agricultural systems more complex, and hence to transition towards a more sustainable agriculture.
Email
jf.martinez.g@csic.es
ORCID
0000-0003-1516-0341
WoS ResearcherID - Publons
H-6868-2015
Scopus AuthorID
7003406455
Página web
Mi sitio web
Otros - ResearchGate
ResearchGate