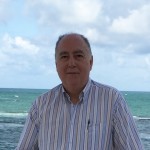 Firma en Digital.CSIC (*)
Blasco, Julián
Otras firmas
Blasco Moreno, Julián
Centro o Instituto
CSIC - Instituto de Ciencias Marinas de Andalucía (ICMAN)
Departamento
Ecología y Gestión Costera. Grupo: Ecotoxicología, Ecofisiología y Biodiversidad de Sistemas Acuáticos
Categoría Profesional
Personal Investigador
Especialización
He has been involved in 60 research projects and 22 contracts with different companies. He has been the main researcher of 29 projects and 13 contracts. He is responsible for the research group “Ecotoxicology Ecophysiology and Biodiversity of Aquatic Systems” (PAIDI, RNM306 and CSIC groups), a team composed of 7 researchers from ICMAN-CSIC staff. Currently, he is the Director of the “Institute of Marine Sciences of Andalusia” (2015-) and was Deputy Director (1994-1998), head of the Department of Oceanography (1998-2007), head of the Department of Ecology and Coastal Management (2007-2011) and the group leader of the Associate Unit “Interdisciplinary Oceanography” between the University of Cádiz and the CSIC (2004-2011). He was Associate Professor of the University of Cadiz in the Physical-Chemistry Department (1994-1998). Currently he is responsible for a research line of the Erasmus Mundus Ph. D. Programme MACOMA, a lecturer in several Master programs with mentions of excellence (e.g. Erasmus Mundus, WACOMA and Oceanography) and a member of the editorial boards of the international journals Environment International, Environmental Toxicology and Chemistry, Science of the Total Environment and Marine Environmental Research. All of them Q1, according to the JCR (ISI Web of Knowledge). He is also Associate Editor of Frontiers in Marine Science. Marine Pollution. He has published more than 150 SCI articles and 15 book chapters. He has been a supervisor of 12 Ph. D. theses and more than 20 Master theses and is currently supervising 4 Ph. D. theses. He has presented more than 250 communications at international congresses and has been included in the Essential Science Indicators (Environment/Ecology) of the ISI Web of Knowledge. The scientific objectives, during his career, have been focused on the behaviour and distribution of legacy and emergent pollutants and their ecotoxicological effects. He has developed and applied novel bioassays and tools to assess the environmental risks associated with pollutants. Over the last years, he has focused on the study of emergent pollutants (pharmaceuticals and nanoparticles), due the current lack of knowledge, in order to improve the environmental risk assessment of these substances in aquatic ecosystems. The next steps of his research are focusing on the impact of contaminant mixtures (legacy and emergent), reflecting global changes scenarios. The objective is to develop new tools based on a depth scientific knowledge. For that, fate and behaviour of pollutants will be studied and the use of -omics techniques will be employed, in a general frame of ecotoxicogenomic approach. Our focal point is the use of an holistic approach for developing validated tools, based on sound scientific knowledge and usefulness for assessing the risk for aquatic ecosystems, in order to provide support of EU legislation (Water Framework Directive and Marine Directive Strategy).
Email
julian.blasco@icman.csic.es
ORCID
0000-0002-9750-383X
Perfil en Google Scholar
My Google Scholar Citations
Página web
Personal website
EEBAS research
Otros identificadores (con url)
Scopus Author ID
ResearcherID